Progressive Rock has had a strange history.  From its early days in England in the late ’60’s, its arena-rock success of the early 70’s to its cultish status since its heyday; Prog Rock has seen a lot of changes.  Some of the Prog Rock bands have had a lasting influence on music, whilst others are so obscure even the most knowledgeable music guru takes pains to think of one of their songs.  There has been much criticism of Prog over the years – both negative & positive.  That the musicians are talented & highly skilled has never been in doubt.  That they can be seen as pretentious and flamboyant, perhaps.  But Prog Rock has always enraptured my imagination because of its artistry – the way it uses music to tell stories & build pictures in the listener’s head.  Plus, I’ve always liked the idea that some songs just need to be longer then four or five minutes.

I used to play a bit of a game with some friends of mine – something to just pass the time.  We would imagine we were stuck on a deserted island with a single ninety minute mix tape as our only musical solace.  The game was to pick the songs that we would put on that Deserted Island Mix Tape.  I always laughed that mine wouldn’t hold all of my “must have” songs – since most of them were beyond the six minute mark.  Well, the below list is my Prog Rock Desert Island Mix – if I could only have ten Prog Rock songs, these would be them.

END_OF_DOCUMENT_TOKEN_TO_BE_REPLACED 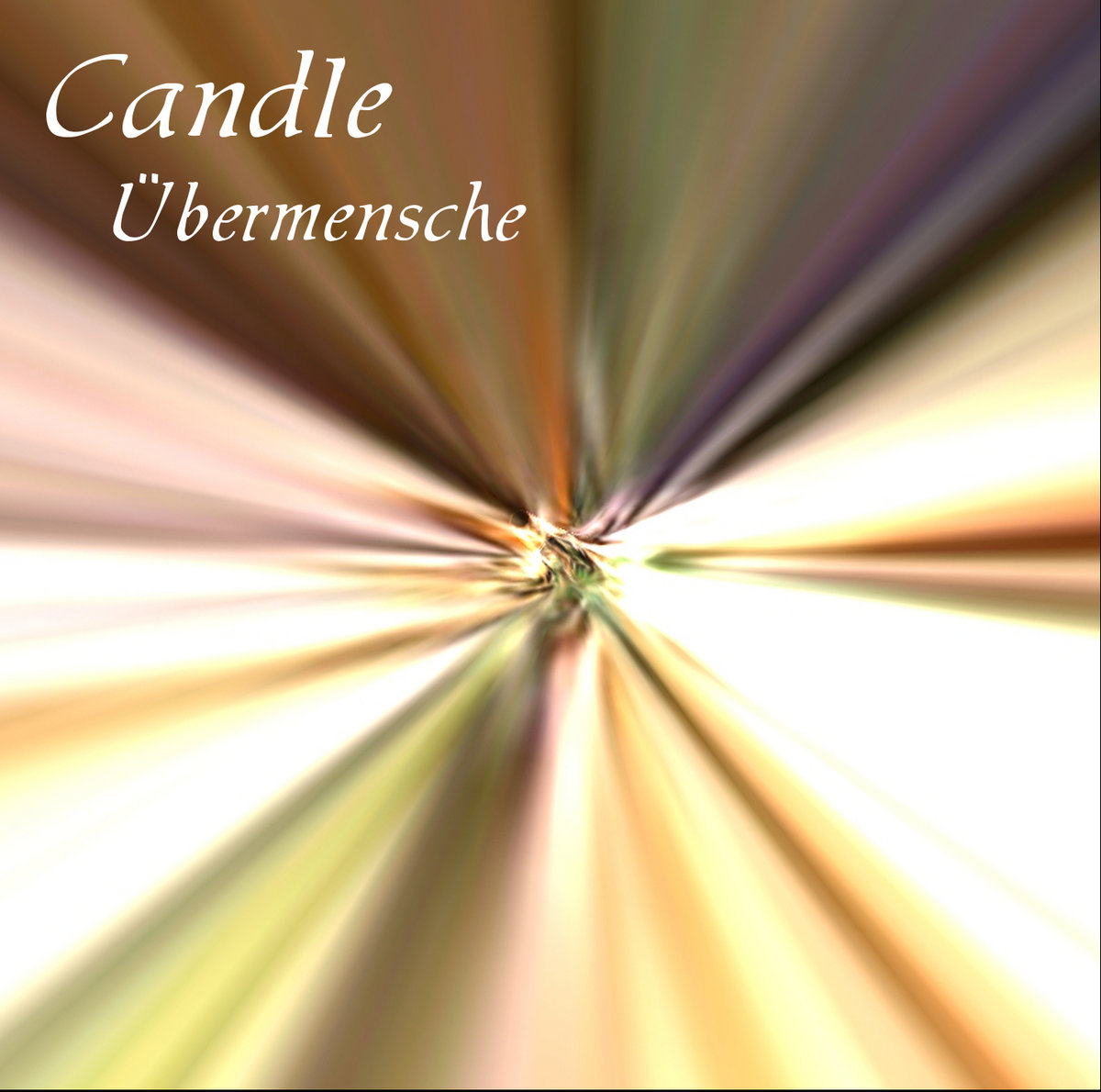 “Man is but a bridge to the Übermensche.” This is the statement being made with Candle’s latest single: Übermensche, released today on Layaway Records. Übermensche is the second single from Candle’s sixth studio album: Vibrations, which was released in the fall of 2014. The song & its B-Side were written in February 2014 as part of the annual online song writing challenge February Album Writing Month (http://www.fawm.org). Ken Ficara, a fellow FAWM participant, writes of Heartbeat: “The very pretty little piano melody over the wall-of-drone is extremely effective. This is quite a track.”

Darby Spicer’s ongoing experimental space rock project Candle fuses psychedelic & progressive rock stylings with ambient sounds & textures that create emotion driven soundscapes that only need to be experienced to be understood. Darby composes various pieces built on the idea of feelings that can be provoked in the individual listener. It is his intention to stir up true emotions through the medium of music & philosophical poetry. Like a candle burning brightly, he wants to show the contrast of light & dark in the greyest area of human existence: that of the soul.

My buddy Jim lives in Montreal & is a part of this great post-rock spaghetti western band called Golden Tombs.  Anyway, they’ve just put out their debut album, but what I wanted to share with you all is their amazing video for the great cover they do of The Final Count Down.  Watch, listen & enjoy!

I am quite proud of what I accomplished this February.  I was able to write & record fifteen songs (one more then the required fourteen to complete the challenge).  I collaborated with two other awesome FAWMers on two of those songs: Titan Spring with @johnny and Ouroboros with @popmythology.  I’m not quite satisfied with the final demo for Ouroboros, but it was recorded in the closing days of FAWM & I hope to re-record a better quality version sometime after I have a chance to rest.

Until then, I’ll be listening to songs posted on FAWM that I’ve yet to have a chance to hear.  I’m hoping on catching up on my Watchlist (the list of FAWMers I am following) & maybe even find some new gems.  Here are a few of my favourites from the final week of FAWM.

The Eternal Return by Sapient & Caterwauler.  A mix of metal & ambience by two of FAWM’s best.  Sapient is probably the most recognized Metal-Guitarist/Composer on FAWM.  His heavy & dark songs are just what those head-bangers of yore (& of today) crave.  And Caterwauler’s amazing soundscapes are second to none with their ability to create images in your mind (even if you don’t read the liner notes detailing the amazing stories she tells with her music).  But then @popmythology (who I collaborated with) challenged them to collaborate & the result is amazing.  I’m not a huge fan of the really dark & heavy metal that Sapient is known for, but every once & a while he’ll write & record something mellower that is just a gem.  This is one of those songs.  I really enjoyed every moment.

Hop This Train With Me by The Energy Commission. One of the fun things about FAWM is discovering new artists.  This year, one of my favourites is a FAWMling (someone doing the FAWM challenge for the first time) whose band is named The Energy Commission.  He completed the challenge using YouTube videos where he described his writing process – a bonus that was very insightful.  I liked all of his tunes, but this last one stands out for me.  The song is catchy &  the lyrics are fun.  I’d love to hear what he’d do with the song with his full band.

The Earth Beckons by Howling Horse.  As someone who writes space-rock, it’s always great to hear other space-rock tunes by other indie artists.  There are a lot of deep tones that form the bed to this track, but then you hear a piano playing an eerie melody & a guitar crying.  The entire effect is amazing, haunting & sure to please those who enjoy ambient soundscapes.

Ramiel by Bodhisvaha. Another neat part of FAWM are the community challenges that get posted in the forums.  There are weekly FAWM challenges posted by the guys running the site, but there are also challenges & song writing games that you can participate in during the month.  This song is the result of one such challenge – The Angel Challenge posted by @donna in the forums.  Basically Donna would give participants the name of an Angel & the participant would then have to write a song about that Angel (or involving the Angel).  Bodhisvaha got Ramiel & I must say he did an amazing job.  This acappella track layers chanting vocals repeating the name of Ramiel, building to a climax that then finishes with a single voice.  The effect is surreal & mystical.

I’m sad FAWM is over for another year.  But now I have some work mixing & mastering the tracks I composed.  That will probably take some time – long enough for me to finish just before FAWM starts again next year.  Starting the cycle all over again.